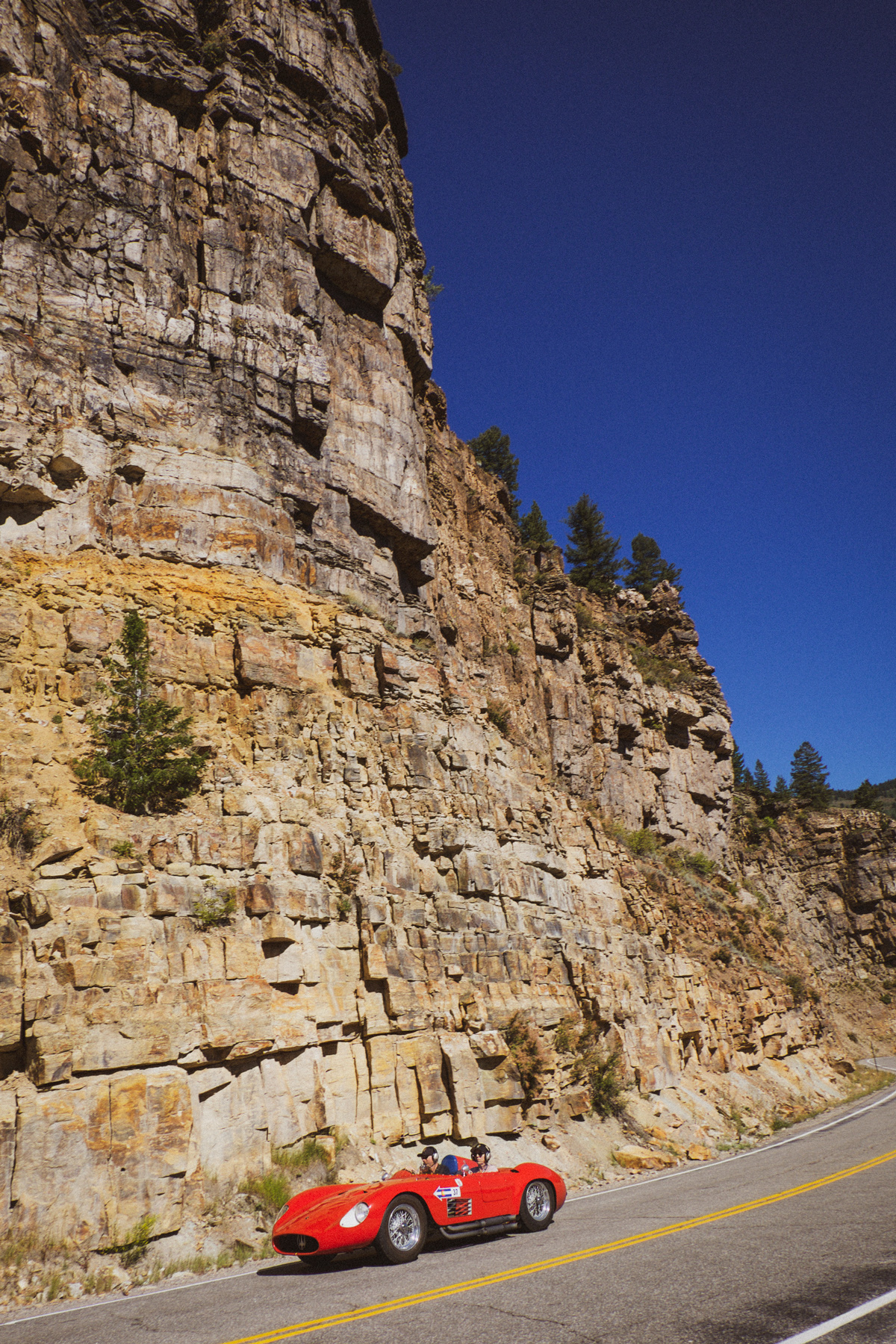 The Colorado Grand® was founded in 1989 by Englewood automotive enthusiast Bob Sutherland as an annual charity tour for 1960 and earlier sports and race cars of distinction. Created to capture and combine the inspiring beauty of Colorado and the spirit of vintage sports cars, the event aspires to give back to those in our state who need our help.

Every September at the peak of the fall color season approximately 85 vintage cars are driven in this relaxed, non-competitive event, covering 1,000 miles through the Rockies in five days.

The event is run with the cooperation of the Colorado State Patrol.

The Colorado Grand Route Book is an artifact in itself. These beautiful covers document the history of an extraordinary event.